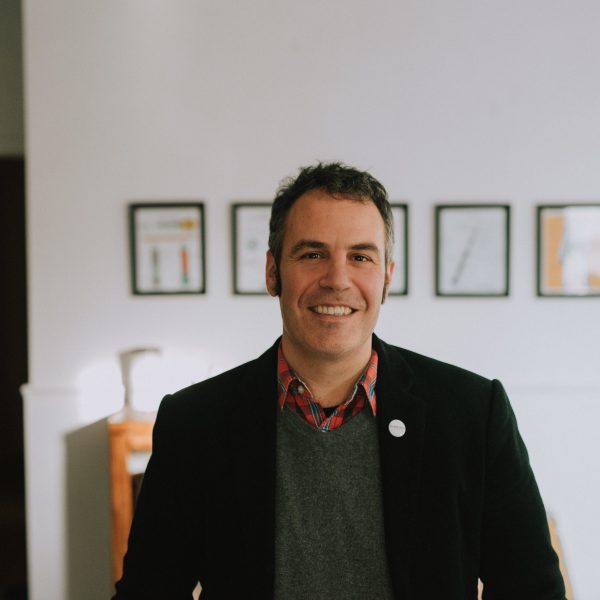 Steam Whistle has been proud to sponsor this incredible event since it’s inception. We sat down with local music Legend Jonny Dovercourt, the co-founder of Wavelength to learn a little bit more about this summer camp for grownups.

Jonathan Bunce (a.k.a. Jonny Dovercourt) has been participating in the independent music community in Toronto – as a musician, writer, editor, presenter, organizer and advocate – since the early 1990s. As guitarist, bassist or vocalist, Bunce has been a member of more than a dozen bands, including Republic of Safety, Secret Agent, A Tuesday Weld, and currently, Several Futures. Having worked as Listings Editor at Toronto’s Eye Weekly, in 1999 Bunce combined his experience in both the music scene and journalism to help co-found Wavelength Music. Launched in 2000, Wavelength is universally hailed as helping revitalize the once-stagnant Toronto independent music scene through its ongoing festivals, concert series, talks, zine, blog, and artist incubator program. 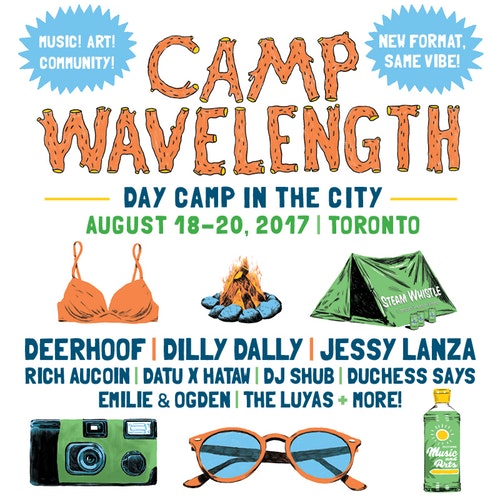 Bunce is currently Wavelength Music’s full-time Artistic Director, and spearheaded the launch of the Camp Wavelength festival on Toronto Island in 2015, the success which contributed to Wavelength’s nomination as one of Torontoist’s “Heroes” of the year. Jonny previously acted as Artistic Director of The Music Gallery, a long-running Toronto concert space, and Operations & Development Manager at the Images Festival of experimental film and video. He has also co-edited two volumes of Coach House Books’ acclaimed uTOpia anthology, and is a regular contributor to Musicworks Magazine.

1) Can you tell us a little about yourself? How did you get involved with music and Camp Wavelength?

I started playing in bands when I was 14, and have never looked back. Music has become the place I have found community and belonging in the world. I co-founded Wavelength back in 2000 as a place to make that into a real thing and not just a fancy notion. Camp Wavelength is our expression of the Wavelength ethos of inclusivity, diversity, and creativity writ large over a whole summer weekend in the city.

2) What do you think is one of the biggest challenges facing Toronto’s music scene right now?

The biggest challenge facing the Toronto music scene right now is the cost of living and renting in this city. Most musicians are low income and don’t own their own property. Gentrification and out-of-control real estate market are pushing musicians out of the city – we are losing some of our best and brightest to other cities like Hamilton and Guelph, as they can no longer afford to live here. Commercial rent increases and development pressures have forced the closure of many smaller music venues this year, such as the Holy Oak, the Silver Dollar, and the Central, among others. Losing small venues where artists can experiment risk-free means losing key creative community incubators, and risks the music scene moving towards an exploitative, competitive, pay-to-play environment.

3) What do you think sets Toronto’s music scene apart from elsewhere?

A spirit of community, co-operation, and connection between musicians that crosses genre boundaries. A high level of virtuosity and musical excellence across the board. And a sense of humour, humility, and not taking oneself too seriously.

4)  Where do you see the Toronto Music scene headed in the next 5 years?

Hopefully towards meaningful protection for music venues and other spaces for musical creativity, as well as moves towards affordable housing for musicians – and everyone, for that matter.

5)  What is the inspiration behind Camp Wavelength?

The initial inspiration for Camp Wavelength was our original location of Artscape Gibraltar Point on Toronto Island, and imagining what could be accomplished on that site. Now, with Day Camp in the City, we’ve created something that is transferable to another location, which is exciting. We’ve moved the whole festival into the city and re-imagined it as a multi-venue festival, with daytime programming at Sherbourne Common, a gorgeous, grassy waterfront park, and nighttime programming at two our favourite live music venues, The Garrison and The Great Hall. In terms of other inspiration, were also inspired by the universal nostalgia for Summer Camp, and the bittersweet feeling of togetherness just as it’s pulled apart by the ending of summer…

6) What makes Camp Wavelength unique from other festivals?

It has a limited capacity, so it’s really inclusive and accessible. There’s a sense of community that’s not possible at larger-capacity festivals. It’s easy to meet the artists and make friends with them. And our crowd is super friendly and chill, so you could go on our own and end up making new friends easily. Or volunteer for us, and become part of the crew. Everyone at Camp makes fast friends!

You can find us serving up brews August 18-20th at Camp Wavelength.