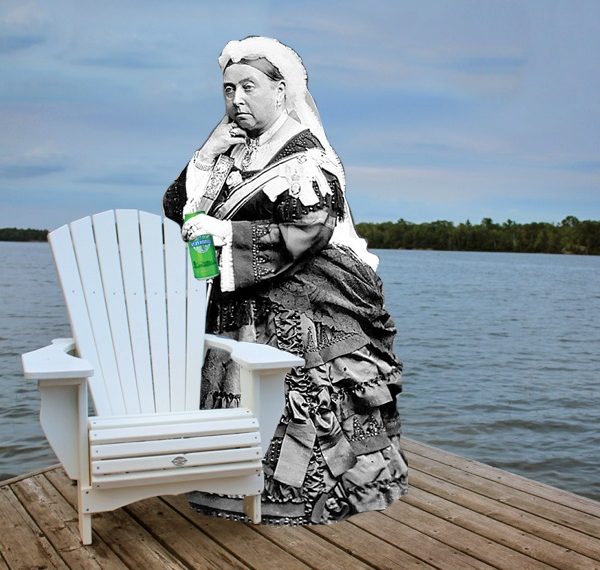 May 2-4: The Holiday That Kicks Off Outdoor Drinking Season

Victoria Day is celebrated on May 24th in Canada and the long weekend is a usual kickoff to the outdoor drinking season.

Hail the Queen! May 24th, 1819 was the birthday of Queen Victoria and when she died in 1901, May 24th became known as Victoria Day, a date to remember the late queen who was deemed the “Mother of Confederation”.

Initially the Queen was celebrated on her actual birthday but since 1952, Victoria Day has been officially moved to the last Monday preceding May 25th.  Since that time, the May 2-4 federal holiday has only actually fallen on the 24th of May eight times.

Long Weekends are made for beer:  Give Canadians a day off week, add in a spectacular fireworks display and we can’t help but crack open a cold one. Canadians consume about 15-20% more beer every May long weekend as compared with the weekend before or after. Let’s give a Canuck Cheer for putting the 2-4 into Victoria Day! May 2-4 is just a warm up for Canada Day, the biggest beer drinking holiday in our nation, followed by August’s Civic Holiday in close second. Beer lovers, start your engines for a big summer ahead.

Victoria’s birthday calls for presents:  Since 2005, Steam Whistle has been commemorating summer with a gift to our loyal fans. In specially-marked 6 packs and 12 packs of Steam Whistle Pilsner, we’ve included a free retro opener to help open your bottles of our award-winning beer. The 2016 Steam Whistle opener design was inspired by the Water Tower that marks our home at the John St. Roundhouse.

Beat the heat with an ice cold beer!  Nothing tastes better than a cold Pilsner on a hot day because of the balance between the sweet maltiness of barley and the refreshing bitterness of hops. Plus, with beer’s top ingredient being water and the way the carbonation of beer cleanses your palate, beer tops the list of thirst-quenching beverages. Beer & BBQ … a perfect pairing!  Get creative in the kitchen with beer this May 2-4:

Marinate anything for the grill in beer.

Make barbeque sauce, salad dressing, beer bread or 150 other recipes for cooking with beer to spice up summer cooking.

Soak wood chips or a cedar plank in beer and your BBQ’d food will be infused with beery goodness.

Serve Steam Whistle Pilsner with your meal, the perfect accompaniment to both spicy & savoury food. Yum! Sunshine is beer’s best salesman:  The May long weekend is Canada’s unofficial start to summer which means the heat has us heading to the great outdoors, enjoying outdoor patios, backyard barbecues, camping, cottaging, cycling, boating or golf – all activities which can be completed with a Steam Whistle. The Beer Store in Ontario tracks annual sales data along with weather temperatures because they know sunshine and warm weather can boost beer sales by as much as 10%. Stock up! We’re open:  Steam Whistle Brewing is open regular hours all May long weekend for your drinking pleasure. When you visit, you’ll always be greeted with a smile and a complimentary sample.  We hope you’ll stay for a brewery tour as well.  Or visit grocery stores and beer/liquor stores across Canada for your supply of our Pilsner.

The Good Beer Folks wish you & your family a safe & happy May 24 Weekend!