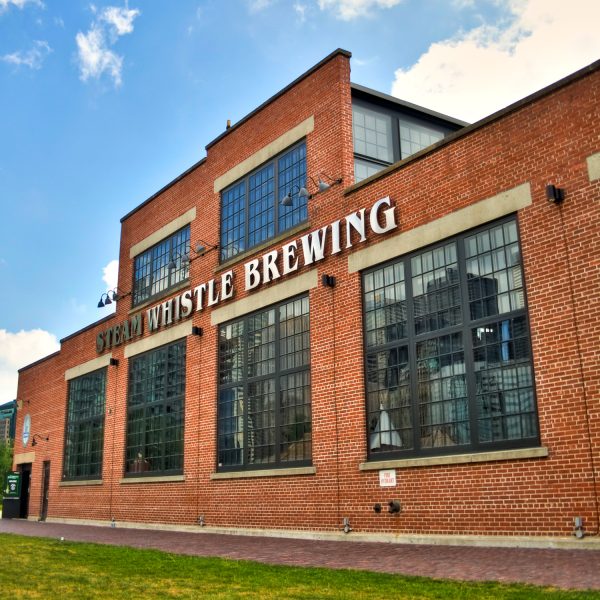 The festival attracts indie talent from across the globe featuring 250+ bands, comedy, film and art in 35+ venues across Calgary, Alberta from June 21 – 25.

With Sled Island only a month away we wanted to share some of our top picks for Western Canada’s largest music and arts festival.

We’re proud to be the official beer sponsor for Sled Island! The Cloud Nothings are a 4 piece indie rock band from Cleveland Ohio. Started originally as a solo act by Dylan Baldi who recorded both the vocals and instrumentals in his parent’s basement, he was later joined by drummer Jayson Gerycz, bassist TJ Duke, and guitarist Chris Brown. Their most recent album “Life Without Sound” release Jan 2017 is referred to as the band’s version of “New Age Music” by front man Dylan Baldi.

Calgary art-pop duo Lab Coast (Chris Dadge and David Laing) joined in 2008 and have since released three albums. The band performs live as a 5 piece unit with their sound often being described as having a warm and fuzzy lo-fi quality with catchy pop hooks.

Diana is a 4 piece synthpop band from Toronto. Originally formed as a duo by musicians Joseph Shabason and Kieran Adams, lead vocalist Carmen Elle was added as a recording project initially. Due to popular interest in their early demos on SoundCloud the band began touring as Diana. Joseph and Keiran’s aim was to “create pop music that’s accessible but still exposing people to new things.”.

Fake Palms are a 4 piece garage punk band from Toronto. The band was originally conceived as a collection of demos recorded with a broken drum machine in a bedroom in 2011, evolving into a band in 2015 with addition of indie rock alumni from well-known Toronto bands with Lane Halley of Hooded Fang on second guitar, Burning Love’s Patrick Marshall on bass, and Slim Twig’s backing band Simone TB on drums.

Flying Lotus (Steven Ellison) is an experimental multi-disciplined artist: producer, musician, DJ, rapper and filmmaker from LA. He is also the guest curator for SLED Island 2017. His music spans multi-genres with elements of Jazz, Hip Hop, Psychedelic and Electronic music woven throughout. He is a two time Grammy nominee for his own work “Never Catch Me” and for his production work on Kendrick Lamar’s to pimp a butterfly.

Land of talk is a three piece indie rock band from Montreal fronted by vocalist and lead guitarist Elizabeth Powell. Elizabeth began writing songs at the age of 14 and performed under the name Elle_ K until enrolling in the Concordia University jazz program where she met original bandmates Chris McCarron and Mark Wheaton forming Land of Talk. The band reunited after a 4 year hiatus on December 5th 2017 with their newest album to be released on May 19th.Their latest record is said to draw on influences from classical, ambient and Japanese Tonkori music.

Thanks for following our top picks for SLED Island 2017. Snag your Discovery Passes for the festival here and we’ll see you in Calgary!