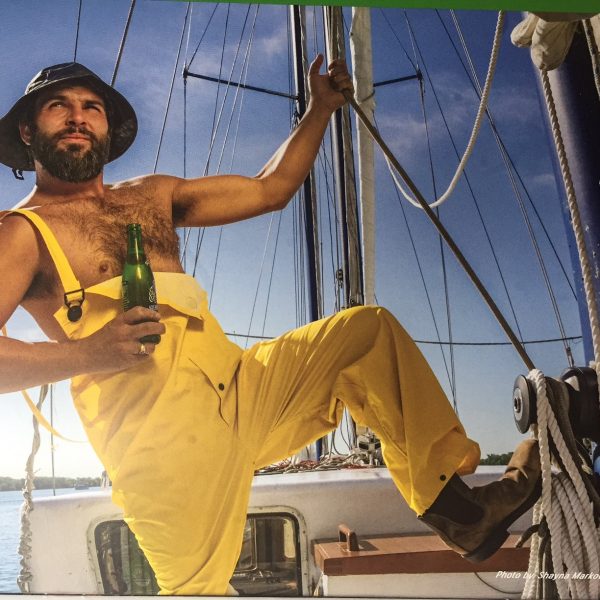 Our 2017 calendar has landed and has been flying out of our e-store. Order yours today to receive a special edition calendar, signed by 4 of the brewery babes themselves!

Our 2017 calendar has landed and has been flying out of our e-store. Order yours today to receive a special edition calendar, signed by 4 of the brewery babes themselves!

For those of you that aren’t aware we have been producing our Men of Steam Whistle Calendar since 2009. 100% of the proceeds from calendar sales goes towards the Ontario Ride to Conquer Cancer. We sat down with Ben Taylor a.k.a Mr. January, the brawn (and the brains) behind “The Steamy Men of Steam Whistle”to learn a little more about this initiative. How did the idea of Men of Steam Whistle come to pass?

The idea dates back to 2008 when I was working on the bottling line at Steam Whistle. Two coworkers and I dreamed up the idea of men’s calendar of Steam Whistle workers, similar to a firefighters calendar but with beer-bods. It was initially a joke but we ended up producing a limited run in 2009. What’s the process of making the Steamy Men of Steam Whistle calendar?

Well, we always feel the need to take it up a notch over the previous year’s calendar. The Steamy Men of Steam Whistle calendar is a fundraising initiative to our Ride to Conquer Cancer cycling team so we want it to accessible to all and have a little fun for a good cause. How do your calendar models get selected?

We try to showcase a little bit of everything the Steam Whistle men have to offer. Mostly we want people who are confident with their bodies regardless of how they look…because confidence is sexy. We want to avoid emulating fashion magazines and have men being themselves in their natural environment. But why only dudes?

Good question! There’s nothing stopping the ladies from doing a calendar but we think our concept is unexpected and has certainly built up momentum over the years. I just feel like a bunch of hairy guys strutting their stuff has a humorous appeal to it. The calendars are equally popular among both men and women and they’re really non-threatening. How often do you get recognized as Mr. January?

It actually happens more often than you might think, especially back at the brewery. I think all the other Steamy Men would agree that it’s pretty flattering to be asked to sign someone’s calendar! I have been involved with The Ride to Conquer Cancer (which receives 100% of calendar’s the proceeds) both as a rider and working the beer garden and I love that our calendar helps this great cause. It’s pretty special talking to people who have had cancer impact their lives and how there are so many ways to help fight it. We just try to help and if that means taking off most of our clothes and putting ourselves in comprising positions then we’ll have fun doing it.