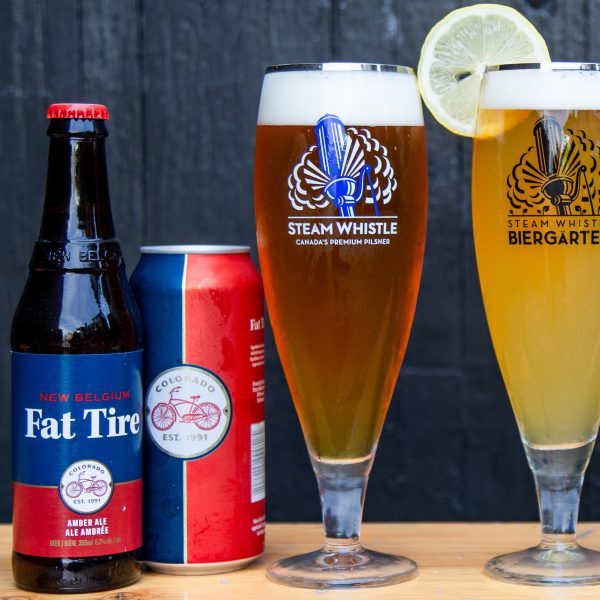 We have put together our list for the best Canadian Craft Beers you must try this summer. With so many to choose from everyone is sure to find a drink.

The beers of summer are here, and we’ve been sampling their full, frothy and frosty glory all season long…and probably a little before that, if we’re honest. You can accuse us of a lot of things–being too stylish or eccumenically charming–but you can’t accuse us of being lazy. When it comes to sussing out the best beers of the summer, we spent many long, grueling nights tippling til dawn, just to be able to give you this definitive list.

You can thank us by raising a glass of any of these fine beers and toasting the season. Check ’em out!

But first! A few tasting notes for summer beers…

The ideal warm weather brew should serve as a counterpoint for the hot, sometimes oppressive temperature. It should be light tasting and crisp, and it should always, always be served ice cold to ensure the ultimate in summer refreshment. Got it? Good! Now let’s get back to our list of the best summer beers.

The Best Canadian Craft Beers of the Summer

Steam Whistle is synonymous with summer, born in the heat of the season when the Three Fired Guys contemplated their fate, and came up with the idea to create the best damn pilsner the world has ever tasted. Golden in colour and smooth and delicate in flavour, this effervescent brew is the perfect BFF for any summer day or night.

Providing a more hop forward taste than the Steam Whistle Pilsner, our Pale Ale is just as crisp, clear and easy to drink. Translation: it could be your new beer of the summer! Try it out!

What now? The beer purist in you may be revolting against the perversion of your brew, but let’s remember that so many gustatory delights are brought on by combining two seemingly disparate items: bacon and chocolate. Peanut butter and pickles. Milkshakes and french fries. The point is this: don’t knock it til you try it. And since our Beirgarten is serving up some delicious beer cocktails, you can enjoy your first the way it’s meant to be made.

Our favourite beer cocktails include:

Made with premium beer and cola. At the Biergarten, we make it with Von Bugle Munich Lager and Boylen Craft Cane Cola–two premium ingredients for a primo taste.

Okay, we’ll admit that the only thing cider and beer have in common is the fermentation and the fact they are often sold in cans, but we want to add cider to our list of the best summer beers because it offers up the quintessential summer beer qualities: a crisp, light and refreshing taste that’s best enjoyed ice cold. We recommend trying Duxbury ciders if you want a truly exceptional taste that converts!

What are you waiting for? You know summer’s going to be gone before you know it so enjoy a cool pint of one of Canada’s best craft beers and raise a glass to the season.