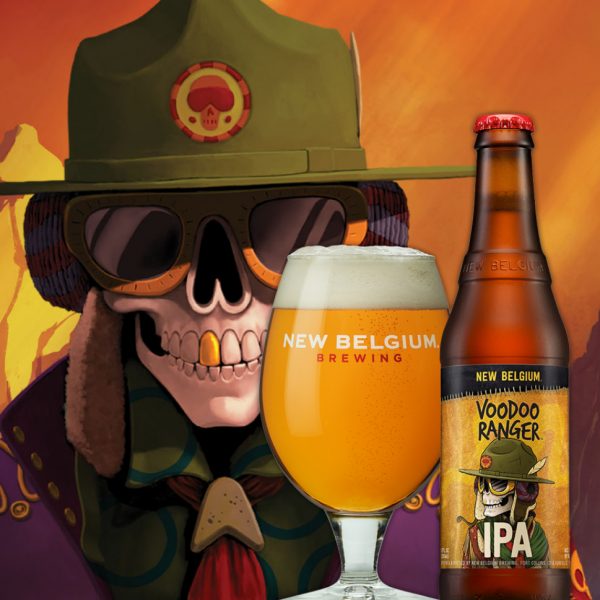 Our continued partnership with New Belgium—a world-leading craft brewery—is a natural extension of our commitment to maintaining the finest brewing traditions. As an IPA,  Voodoo Ranger IPA complements our existing line-up of truly exceptional beers by offering a more flavourful alternative to traditional English IPAs.

Get to Know Voodoo Ranger IPA

In the world awash with the same-old, same-old, and uninspired imitations, Voodoo Ranger IPA is refreshingly unconventional.

Here’s what you can expect:

Featuring a herbal and citrus character in hops with a malt background and medium body, Voodoo Ranger is less bitter and more drinkable than most IPAs, making it a sociable and pleasant tipple. The ABV comes in strong at a respectable 7.0%.

The malt is a pale and black malt. The hops are Nugget, Cascade, Chinook, Simcoe, Mosaic, and Amarillo. The colour is copper, with white foam and lacing that burst with tropical fruit notes. A juicy mouthfeel and crisp finish seal the deal, making Voodoo Ranger both inspired and inspiring.

Enjoy Voodoo Ranger with salty snacks for a perfectly balanced beer and food pairing. Sip for yourself to taste this Rangerously good brew! You can find Voodoo Ranger at your local LCBO and local retailers in BC, Alberta and Newfoundland and Labrador.