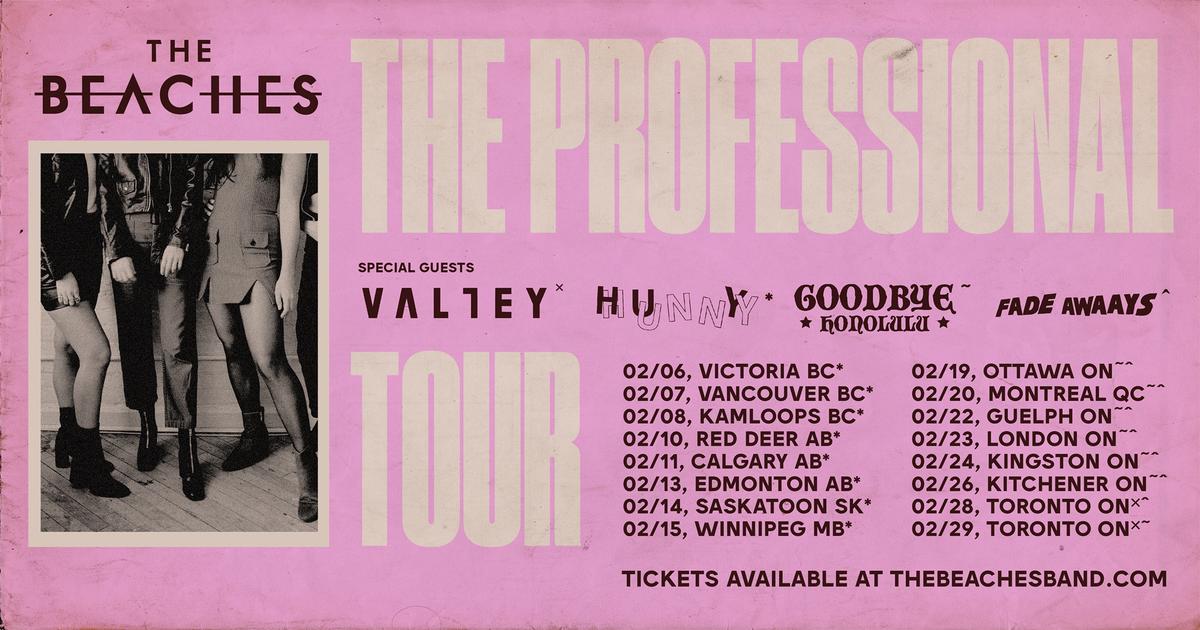 LIMITED ALL AGES TICKETS AVAILABLE! Those under 19 years of age will have access to the balcony level only. Valid photo identification required for patrons on lower level.

Comprised of sisters Jordan and Kylie Miller (on lead vocals/bass and guitar, respectively), Eliza Enman-McDaniel on drums, and Leandra Earl on keys and guitar, the band has a natural kismet that shines through on each of their tracks and in their live performance. Their songs flow with unparalleled ease, headbangers with resonance.

Although the girls are all in their early 20s, they've been writing and performing together as a band for more than a decade. However, the last year has seen the band release their major label debut, tour the U.S. for the first time, headline a Canadian tour, win a London Music Award and take home the coveted 2018 Juno Award for Breakthrough Group of the Year.

Collectively best friends, each individual brings something unique to the table, yielding songs that was the fine line between a heavy-hitting gut punch and a hell of a lot of fun. In fact, according to Leandra, they sometimes have too much fun writing: "Jordan and I will sometimes get into our own zone and write our Dracula rock opera," she says, totally serious. "The others have to get us back to working on the sound."

Being an all-female group certainly sets them apart from the male-dominated rock world, but there's a collective eye roll at the suggestion of being called a "girl group." "It's one of those things where you wish you didn't have to mention it," says Eliza, sighing. "It makes us unique, yeah, but we shouldn't have to define ourselves as a female rock band. We're a rock band." They're excited at the prospect of inspiring other young women to join bands, but it's not why they play. "We're not doing this to be role models," says Kylie. "We're in this band because we love to play together and we love music."

The Beaches' love of rock and roll is obvious with wide-spanning influences including David Bowie, The Strokes, The Rolling Stones, St. Vincent and The Pretenders, their songs translate easily to live shows, connecting with any kind of audience.

Performing is particularly important to The Beaches. "Onstage you get to let go of all your insecurities and channel a purely confident person," says Jordan. "You get to be really free." Eliza agrees, adding, "It can be like therapy. Sometimes you can just focus, forget the crowd is there, and just be so in the moment doing what you do best."