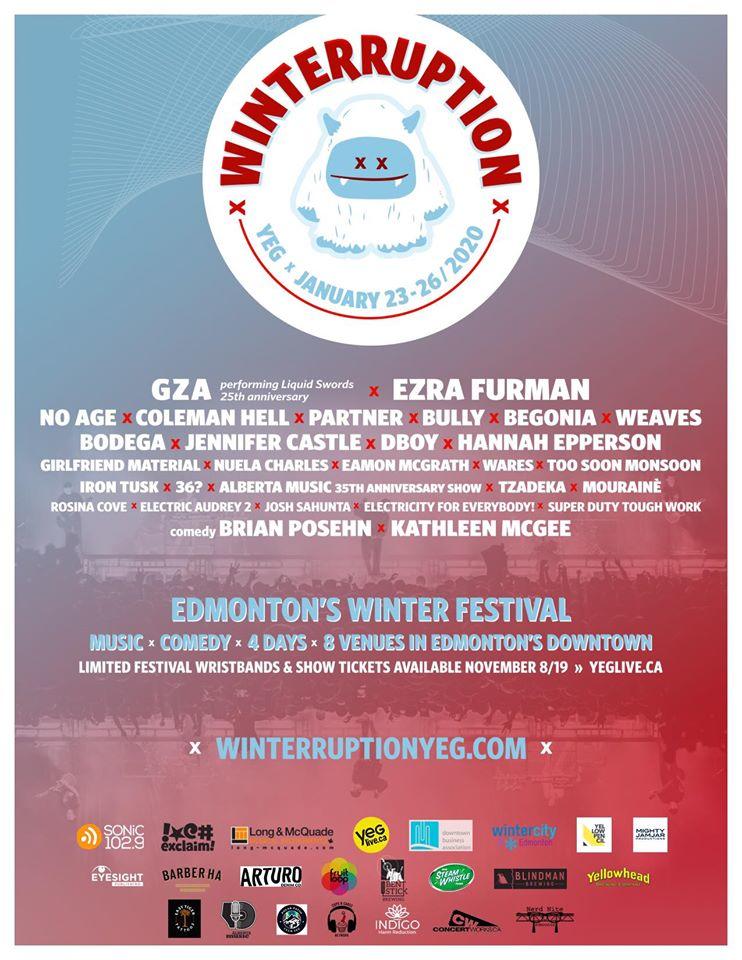 The inaugural Winterruption YEG festival is thrilled to announce its initial line-up of artists for the January 23-26 festival in Edmonton, Alberta, Canada!