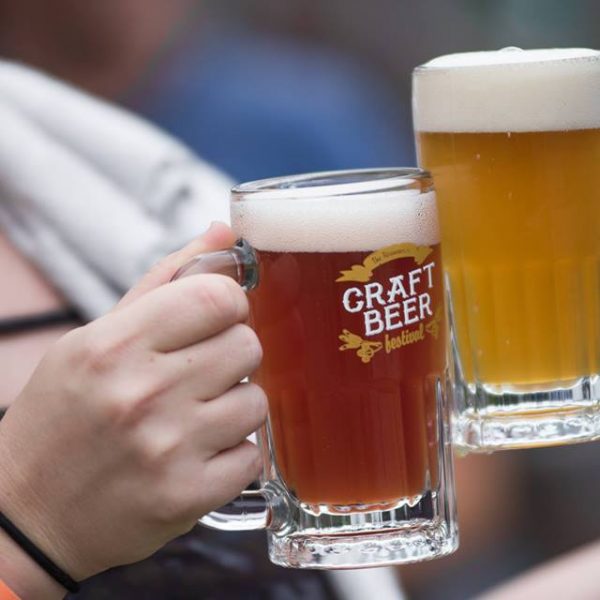 The History of the Craft Beer Craze

What kind of beer & breweries are defined as craft? Let’s take a look at what it means to truly be craft and the history of the craft beer phenomenon.

In a world where the obscure can reign supreme, it makes sense that craft beer is having a hay day. Craft beer is doubly trendy given that its definition is also somewhat obscure.

What is craft beer?

Is craft beer beer brewed by independent breweries? Is it beer brewed using a specific process? Does it have to come from a small brewery?

The answer to all these questions is yes. And then again: not necessarily. While we Canadians take our beer crafting and caraffing quite seriously, the question of volume output makes it difficult to say what, exactly, constitutes a small brewery. It varies province to province, making it difficult to come up with a definitive definition for craft beer across the board.

However, there are some similarities. Like we said, craft beer is from smaller breweries, relative to the big brands made by macrobreweries. Craft beer is also made with more traditional methods, with an emphasis on using natural products.

Looking for get more of a foothold as to what craft beer is, exactly? Fair enough. Let’s look at a pretty exhaustive definition, courtesy of the Ontario Craft Brewers:

Local, small batch brewing and a freshness guarantee are just the beginning. All Ontario Craft Brewers also pledge to brew naturally with malt and other grains, not wort extract, as a foundation for their beers, maintaining authenticity to traditional styles, and using only all-natural, pure ingredients. There are no chemical additives, fillers or preservatives in OCB craft beers.

All Ontario Craft Brewers’ beers are brewed in single purpose batches and once they are fully fermented, an Ontario Craft Brewer does not dilute, blend, or manipulate their beer unless it is to enhance rather than lighten the flavour. The primary source of fermentable sugars is derived from the grains used in the brewing process. Non-malt sugar sources, spices and other ingredients are sometimes used to accentuate flavour and add to the distinctiveness of the beer.

That’s a mouthful — but thanks to the quality and care brewed into every batch, it’s a delicious mouthful. It’s obvious the term ‘craft beer’ has some scope; a scope that we’re happy to say envelops us good beer folks. The noble history of craft beer appeals to us, and we’re proud to be carrying on this time honoured tradition. The History of Craft Beer

Small batch beer has been brewed in Canada since before it was a country. Before WWI, there were over 100 independent breweries in Canada, but by the end of the 1980’s, only 10 remained. According to craft brew lore, this lack of diversity didn’t sit well with Vancouver politician John Mitchell, who, after Carling went on strike and the taps at his local pub went on strike, decided to infuse the stale ale market with fresh, new brews. Joined by disgruntled Carling brewer Frank Appleton, who was experiencing an Weltschmerz of sorts due to what he considered the blandness of beer, Mitchell started making their own beer.

Necessity, it seems, is the mother of invention — take it from the ‘Three Fired Guys’ who started Steam Whistle. The rest, as they say, is history. Buoyed by the success of the Mitchell-Appleton venture, other Canadian entrepreneurs began to start their own small breweries. The new term ‘microbrewery’ was born, and along with it, craft brew bands like Brick Brewing, Oast House, Granville Island, and of course, yours truly: Steam Whistle.

If you’re looking for a taste of Toronto craft beer at it’s finest, you’re in luck: our home, The Roundhouse, is also home to the Winter Craft Beer Festival. (We host this auspicious, delicious event, so it makes sense.) Featuring sumptuous winter foods, some of the best craft beer on the planet and cool company, this Toronto craft beer fest is the perfect opportunity to dig into some good grub, and really great beer.

Psst: the first 500 people to join us get a free toque, so slip into your long-johns, don your best retro winter wear, and get ready for Jack Frost to be nipping at your foam, cause we’re hosting the best craft beer fest of the season!