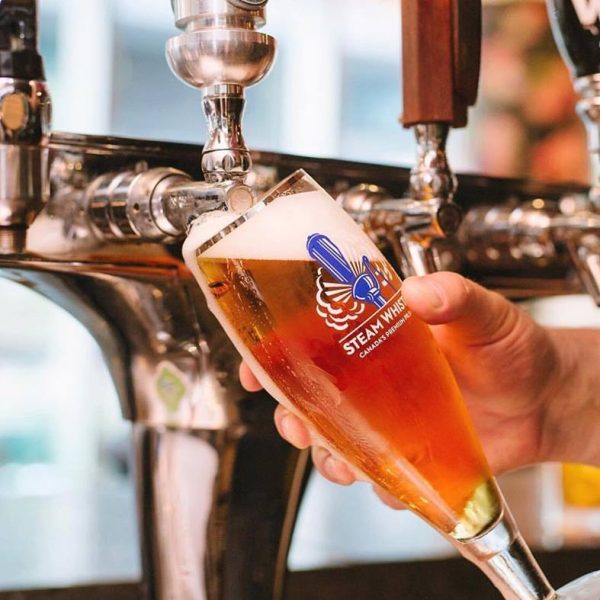 Raise a Glass to Support the Downie Wenjack Fund

Whenever you drink draught Steam Whistle this February, 50% of the proceeds will be going directly towards supporting the Downie Wenjack Fund.

Raise a glass in support of something great! During the month of February, when you enjoy a pint of Steam Whistle at any bar or restaurant across Canada, we’ll donate 50% of the proceeds to the Downie Wenjack Fund — a charity that honours the legacy of Tragically Hip frontman Gord Downie to further awareness for Indigenous reconciliation. In sharing with us Chanie Wenjack’s haunting and heartbreaking story in the Juno Award Winning Secret Path, Gord showed all of us just how much needs to be done to build a more compassionate and inclusive Canada.

We at Steam Whistle have always had a deep connection to music: the way it brings people together and opens our hearts and minds. The Secret Path began as a series of 10 poems by Gord Downie. It’s had multiple incarnations since; as a graphic novel with the talents of Jeff Lemire, as a documentary, and as an album. The story had a profound impact on all of us, as it did with people around the world. Relating the real-life tale of Chanie Wenjack’s escape from his residential school and attempt to walk the 400 miles home, Secret Path painfully and beautifully sheds light on the mistreatment of Indigenous children and families.

But we can do it together. During the Tragically Hip farewell tour, Gord called on us to do something. So, let’s do something now. You can donate online to the Downie Wenjack Fund directly, or as we mentioned, show your support by raising a glass of Steam Whistle next time you’re enjoying a pint at a bar or restaurant. Some of the most life-changing conversations in history have started over a drink, and some of the most lasting connections have been formed. It’s with this aim toward creating a space to have safe discussions and build positive relationships between Indigenous and non-Indigenous people that the Downie Wenjack Fund exists. We have a shared history as Canadians, and we can learn from it if we learn from the past, and listen to each other.

We’ll drink to that!

If you’re in Toronto, come on down to the Roundhouse and enjoy a Steam Whistle on tap with us. In the meantime, learn more about the Downie Wenjack Fund.