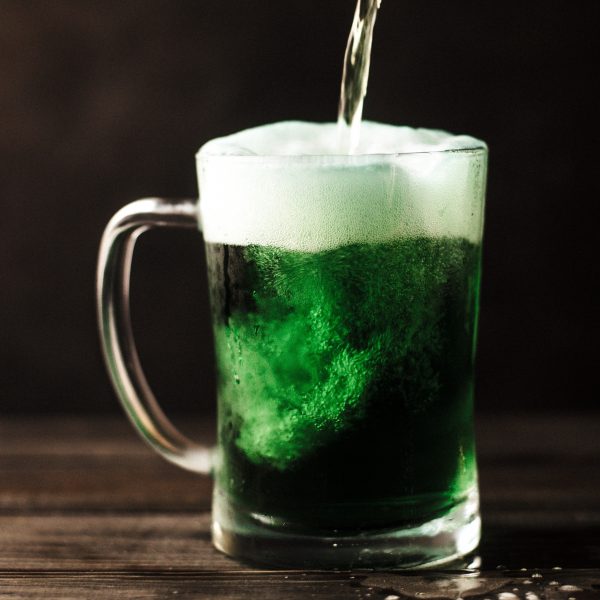 The History of St. Patrick’s Day and Beer

We did our research, and now we’re going to share the sudsy story of St. Patrick’s Day and beer with you. Pop open a Steam Whistle pilsner and keep reading. Here’s everything you’ve ever wanted to know about this Irish holiday and beer, because while drinking beer for the sake of it is all good and well, it’s even better when it has a backstory (spoiler alert: this one has pirates!).

If you haven’t yet made the connection, St. Patrick’s Day is actually based on the great man himself, St. Patrick. He has a pretty interesting backstory dating all the way back to the 5th century, which involves missionaries, kidnapping, and Irish pirates, if you can believe it. The story goes that St. Patrick was kidnapped at the ripe age of 16 by Irish pirates and taken as a slave to Ireland. He spent six years there but eventually escaped, becoming a well-respected priest. He eventually returned to Ireland to try and convert the people to Christianity, which went surprisingly well. It’s said he passed on March 17th, and he was eventually made a saint by the Irish people.

So, if St Patricks Day was originally created for a saint, why the Irish beer? Pretty much everyone and their dog knows that St. Patrick’s Day means drinking green beer, but it goes deeper than a love of celebrating holidays by drinking beer. St. Patrick’s Day lands smack dab in the middle of Lent, which means that Catholics can disregard the restrictions of the Lent period for one day of feasts and celebrations in honour of St. Patrick. It’s not hard to see how this day would become one to let loose, and why drinking beer is inextricably linked to the holiday.

It’s no secret that green is a must on St. Patrick’s Day, from wearing shamrocks to green clothing, but every pub worth their salt also has green beer ready to go. Adding green food colouring to beer is nothing new; in fact, it was first “invented” in New York in 1914 by a Dr. Thomas Hayes Curtin. He added a drop of wash blue to beer, and out came a green beer that’s still a popular trend over a century later. Luckily, we now use harmless food colouring instead of the possibly toxic wash blue, and it doesn’t alter the taste of the beer in any way (a must for us, our beer tastes too good to mess with!).

St. Patrick’s Day has changed significantly since it was first created in the 5th century. Now, this holiday is celebrated by more than just the Irish people and has become for many an excuse to be merry and drink a ’plenty, no matter the day of the week it falls on. With green as far as the eye can see, Irish beer, green beer, and endless shamrocks, St. Patrick’s Day is always a ball no matter how you spend it. But the root of the holiday actually boils down to a people that loved and respected a well-known missionary who simply wanted to spread the good word about his faith, and we’ll cheers to that.

You don’t have to be religious to celebrate St Patrick’s Day, and you definitely don’t have to be an Irish beer drinker (although if you are, try your luck snagging a few extra smooches or free pint or two ). All you need is a beer in hand—preferably green—and a readiness to celebrate St. Patrick and Irish culture. Try the signature green bottle of Steam Whistle this St. Patrick’s Day for a delicious, pure pilsner that pairs perfectly with the green-heavy holiday.