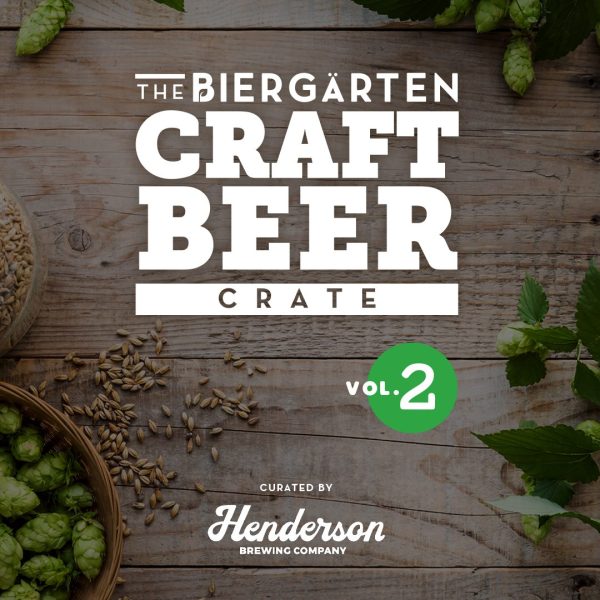 Were excited to have Henderson Brewing curate the second Biergarten Craft Beer Crate. Make sure to put this one on your shopping list!

Tell us a bit about Henderson Brewing?

Henderson is a production brewery in Toronto’s West End. located in the Junction Triangle, that opened in 2016.  The brewery was named after Toronto’s first brewer, Robert Henderson, and takes inspiration from the city’s history, people and places.  Our flagship beer, Henderson’s Best is a contemporary riff on classic an English Best Bitter and won a Canadian Gold medal in 2020.  In normal times, our Tap Room is a gathering place for beer lovers of all sorts where we feature our core beers; Henerson’s Best, Food Truck Lagered Blonde and Pearson Express IPA, as well as a rotating selection of one-off specials.

What made you want to join Steam Whistle in the curation of the Craft Beer Crate?

Here at the brewery we have a saying that ’the best beer is the beer you love’ and that leads us to always want to try products from the great breweries throughout the province and beyond.  Curating a beer crate with Steam Whistle gave us the chance to build a mixed pack that included some of our favourite beers and breweries.

What inspiration did you have while curating the Craft Beer Crate?

We tried to balance the beers so that there was a good amount of well made ‘regular’ beers as well as some more interesting products to try.

If you had to pick your top three favourite Henderson beers included, which three would you pick?

That goes for the Henderson beers we’ve included.  In this crate is our Best, which remains my favourite Henderson beer almost 6 years since I tried it first.  We’ve also included our IPA, Pearson Express, which I think is one of the most balanced IPAs out there.  The other 3 beers are examples of some of our darker winter offerings this year.  Of those, I lean towards the Quinquennial – a beer brewed for the 5th anniversary of the day we sold our first pint.  Its a nice dry porter with lots of malty flavour and a bit of nuttiness in the finish.  Yum!

Would you recommend drinking the crate in a specific order?

In terms of drinking this crate, my only advice is not all at once!  There is such a good variety here that any order is going to showcase them well.  My personal sampling style always keeps a lighter beer for last in any given session to give my palate a well deserved rest.

What do you consider when developing a mixed pack?

The trick in creating a mixed pack is to balance reliable standards with experimental flavours.

Are there any other beers from other that you would have liked to include?

There are so many good little breweries and beers that have limited runs, that it would be hard to pick one that we count include.

What are your favourite beer snacks?

In general my favourite food with beer is cheese.  I don’t know why, but I love the pairing.  However, certain beers defiantly go better with certain snacks.  I love popcorn with lagers, but hate it with IPAs.  Malty beers are excellent with pretzels.