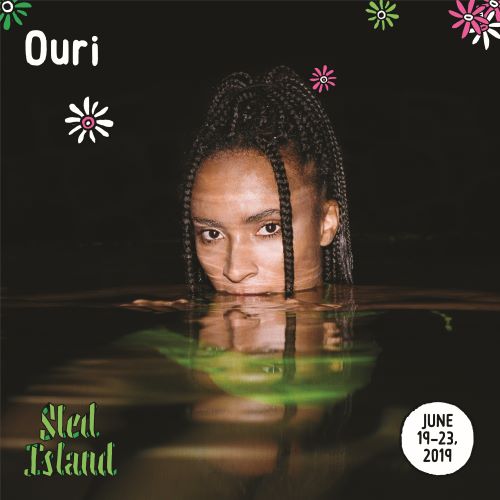 In this Sled Island Spotlight we highlight Ouri who will bring her multi-instrument talents to put on display and create some excellent music.

Originally from South America via Paris, Montreal-based Ourielle Auvé, also known as Ouri, is an artist with astronomical talents. In addition to being a DJ and electronic producer, Ouri is also a multi-instrumentalist. She plays the piano, cello and harp — musical influences you can hear ebbing and flowing through the enchanting melodious fibres of her tracks. At once open and inviting, but also, cosmically mysterious, Ouri’s work encourages listeners to immersive themselves in the experience, focussing on the journey rather than specific answers.

Says Ouru about her work: “It’s about power dynamics, attraction, strangeness. I am not seeking a meaning or a solution. I will never tell people what to do but rather share my take on those themes, share my perspective. Sharing experiences as we lived them is the most valuable gift in my opinion.”

You can snag her five-track EP, We Share Our Blood, from Ghostly. The tracks are, “shaped out of mantras and hymns, ushering through the portal an offering of space for listeners to investigate their own fantasies.”

Colour us enthused! We’re definitely stoked to see Ouri perform at this year’s Sled Island. She’s just one of the many reasons we’re so thrilled to be a sponsor of this annual fringe festival.