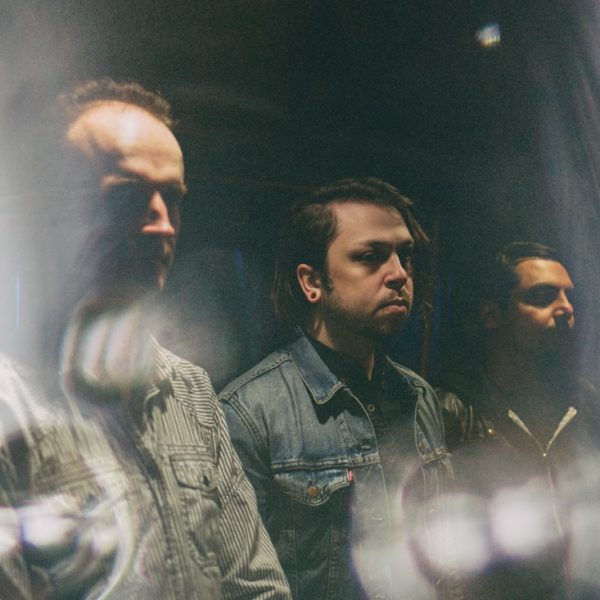 Melted Mirror is the subject of this Sled Island Spotlight. Calgary’s own post-punk trio is sure to give you the ideal and infectious soundtrack to vibe to.

Calgary’s own post-punk trio has just dropped a new album and their sound is electrifying! Melted Mirror is just one of the talented bands playing at this year’s Sled Island festival, and we’re pretty pumped to hear these guys live again. That’s right, these guys are veteran Sled Island performers!

Melted Mirror was founded in 2015 by Chris Zajko (vocals and synth), Cian Haley (synth and programming) and Jeebs Nabil (guitars). The band is united in their shared passion for making electronic music that hits your eardrums like Pop Rock Candy. Take a touch of post-punk, a dash of goth-pop with a whole lot of synth-punk, and put it all together for a pulsating beat that’ll have you and the rest of the crowd on your feet popping to the sick beat. Quite simply, Melted Mirror has an infectious sound that will provide the a vibed-out soundtrack for your evening spent at Sled Island.

2019 has been a big year for the guys of Melted Mirror, Past Life their latest album was just released on March 1. Past Life took two years to create, and a big congrats, it was also their first studio-produced album. Vocalist, Chris Zajko had this to say about his time in studio: “It was a lot of work, but just the feeling of being exhausted from making your music is a pretty good exhaustion.”

If you’re already fans or new to Melted Mirror, you’re going to love hearing their new material live. It’s everything you’d expect: untameable synth beats, new wave guitars rifts and bruising vocals that range from haunting to snappy growls. You can hear all eight tracks of Past Life while getting caught up on their previous albums by checking out their page on Bandcamp.com, here.

The 13th annual Sled Island festival is an art fest like no other. Bringing original, offbeat performers, from musicians, comedians, artists and filmmakers, together to celebrate the arts. Across many venues, drawing in upwards of 30,000 attendees over five days, Sled Island is an indie event to mark on your calendar.

“Sled Island is, for good reason, a focal point of the month of June,” says BeatRoute. And Steam Whistle is proud to be a headlining Sled Island festival presenter, so join us!