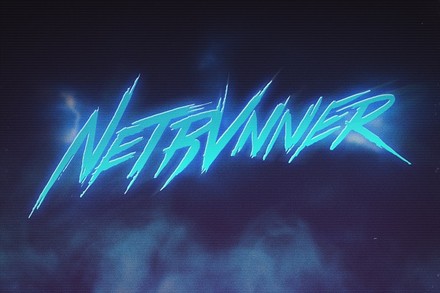 In our latest Sled Island Spotlight we take a look at Netrvnner. A solo artist from Calgary that brings a 80’s-90’s electronic inspired sound to jam to.

If you dig old-school video game soundtracks, you’ll love Netrvnner’s music. The 80’s and 90’s inspired electronic music transports you from our modern world into a low-resolution world packed with both action and poor graphics. Evidenced by the being named after the 90’s Cyberpunk card game, the music draws inspiration from vintage, sci-fi, slasher, and fantasy movies/games. Some specific inspirations are Blade Runner, Cyberpunk 2020, and Elite Dangerous. Drawing upon the musical techniques used in classic soundtracks of the 80s and 90s, Netrvnner is able to create electronic music that is true to the cyberpunk, synthwave, and cinematic genres while maintaining his own unique flair.

Netrvnner is a Canadian, solo artist who has been creating music for around two years. From his home in Calgary, Alberta, he has released three albums since October 2017: NETRVNNER, EPISODE 1, and EPISODE 2. All three albums are available on Spotify, Google Play, Apple Music, and other streaming platforms. Netrvnner is an up and coming artist who is worth keeping an eye on. Established synthwave producer accounts like ByteMapper and Ampholyte have acknowledged Netrvnner’s talent through giving him shout outs, encouraging their followers to check out his songs.

The songs themselves are designed to be ambient in nature. They contain their own plotlines through layering sounds, changing tempo and increasing volume to build and release tension, fashioning an entire storyline with only notes. While listening to the pieces, you might picture the freshly-permed protagonists running from a psycho killer. Or maybe you picture teenagers clothed in spandex discovering a UFO in a cloud of fog. You might also picture a young boy putting a cassette into his player and being teleported to a foreign world. You can picture any number of 80’s/90s-related scenarios that play along to the music. That is what makes Netrvnner so talented. He creates an atmosphere, expertly guiding the listener’s thoughts in their own imaginative process. The world Netrvnner creates is one of endless possibilities and immense creativity. A world that can only be located in a musical medium  — and at the Sled Island!

The 13th annual Sled Island Music and Arts Festival is back and lasts for five days; from June 19th until June 23rd. The event attracts hundreds of musicians and tens of thousands of fans from across the globe to Calgary, Alberta. Netrvnner is just one of the many gifted artists who will be performing this year, and we’re pumped to be the featured sponsor!