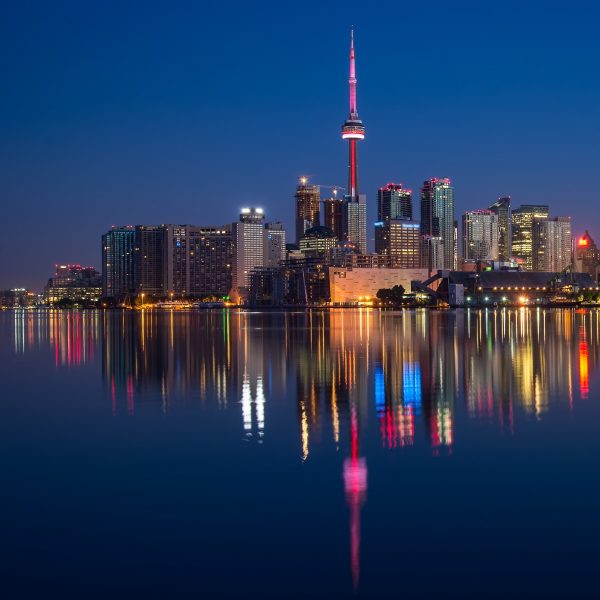 What Makes Us Thankful for Toronto

Their is alot to be thankful for this Thanksgiving. From our cities lovely restaurants to our favourite sports teams this is what we are thankful for.

Canadian Thanksgiving 2019 will be here in less time than it takes for a Pilsbury crescent roll to go from fluffy perfection to a charcoal boomerang, and we Good Beer Folk at Steam Whistle wanted to take a moment and pay tribute to our fair city. Toronto has come a long way since it was founded in 1834, and in that time, the city has become a cultural, historical and entertainment capital of the world.

There’s a lot to love about Toronto, so curating a list of our top reasons we’re thankful for TheSix is not easy, but each of these selections reflects a simple, single truth about the city: it’s a place where everyone can find themselves surrounded by people and pursuits they love. And love is something that should always inspire ecummenical gratitude.

So, let’s get to it! Kick-off Thanksgiving 2019 with this love-fest for T-dot!

Walk down just about any street and Toronto and you’ll see some iconic landmark. These are the buildings and places that instantly call to mind The Six, and are recognizable to people from all over the world as distinctly, undeniably, Toronto.

In addition to being the home of Steam Whistle, the Roundhouse Park is a designated National Historical Site of Canada. Located directly across the street from the other instantly recognisable  iconic Toronto landmarks, the CN Tower and Roger’s Centre, the Roundhouse Park occupies 17 acres, smack dab in the heart of Toronto.

The Roundhouse Park is a great place to visit just about any time of year—even this Thanksgiving 2019! People can stroll through the Toronto Railway Museum and of course, visit us for a tour of our historic brewery (and, obviously a pint of our cool brew).

This, more than any Toronto landmark, is the symbol of the city. Built in 1976, the CN Tower held the record for the world’s tallest free-standing structure for 32 years. This prized possession of The Six is one of the modern Seven Wonders of the World, and understandably, attracts over two million annual visitors.

In addition to the viewing decks, the CN is home to the acclaimed 360 revolving restaurant for anyone who wants to dine with panoramic views of the city.

The jutting architecture and exquisite exhibitions and galleries make Royal Ontario Museum the most popular in the country, boasting over a million visitors each year. In fact, the ROM is the largest museum in Canada, and one of the largest in North America. Displays include art, natural history as well as world culture, as well as interactive educational experience for all.

Without a doubt, the ROM is a Toronto treasure and one of the iconic city landmarks we’re thankful for this Thanksgiving 2019.

From The Old Spaghetti Factory, to Hemmingways to the Monarch Tavern, The Senator and the Old Mill, Toronto is replete with ample opportunities to fill your belly at one of their legendary restaurants.

And while our brand-spanking-new Biergarten isn’t quite iconic yet, we have no doubt it will be among these incredible Toronto dining establishments soon.

Toronto sports teams do the city proud. The Raptors are our NBA champs, the Leafs are doing mighty fine, and while the Jays may be floundering a bit these days, they’re part of the city’s heart and soul, and we’ve always got their back.

The Best Beers, Ever!

This city is known for its beautiful brews. Many of the best beers in the country—nay, the WORLD—are born and brewed in Toronto. You need only meander the Distillery District to sample a few of Toronto’s sensational craft beers, or—of course—head to Steam Whistle (a mere 10 minute drive away) to refresh yourself with our brews. There’s the classic Steam Whistle pilsner, as well as our new Pale Ale, sister company Von Bugle and our tasty partnership with Fat Tire.

When it comes to having home-grown quality beers on tap, Toronto’s cup runneth over.

It’s true what mental health experts say: listing the things for which you’re grateful DOES make you happier. This Thanksgiving 2019, don’t go through the motions: stop and think about all the things you have to be thankful for—including the city in which you live.

Want something else to be thankful for? Try our famously mouthwatering Steam Whistle stuffing recipe. It’s right here, and as easy to make as it is to enjoy.