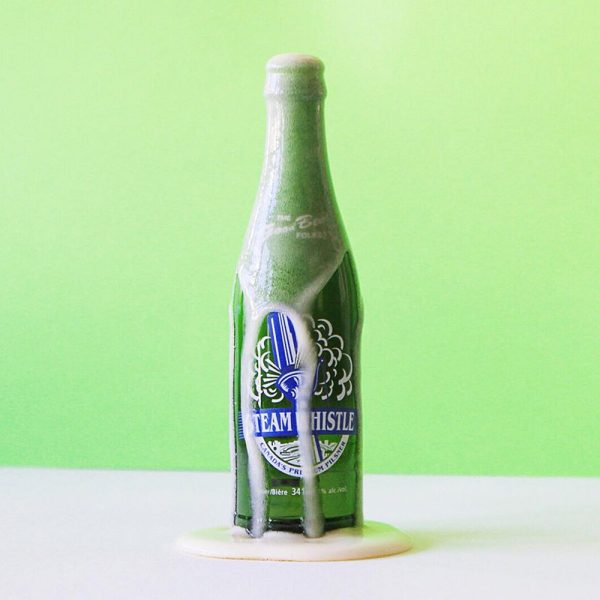 The best new year’s resolutions involve goals that are in synch with your true self. That’s why you should incorporate beer into your 2019 resolution!

Fun fact: 80% of New Year’s resolutions fall flat by February. That means, for most of us, our commitment to get to the gym or be nicer to our in-laws or get outside more often will flounder and ultimately, fail. Bummer, right?

Well, yeah, it is — if you go about trying to achieve your New Year’s rezzies in the same ol’, same ol’ way. You know exactly what we’re talking about: in a haze of post-Xmas gluttonous guilt, you make some grand pronouncement like, “I’m gonna lose 50 lbs, starting next year!” Then the new year arrives and few days in, you’re sitting on your couch, Dorito dust on your sweats and chocolate cake on your lips, wondering where it all went wrong. We can tell you, Icarus: you aimed too high, friend.

Most resolutions fail because they’re too big, too vague and people expect results too fast. Moreover, they’re often too unrealistic. You can change a lot about yourself, but you can’t change who you are at your core. If you’re a hard core carnivore, for example, you’re likely going to have a really tough time trying to transition to veganism in a matter or weeks — or ever. Translation: the best new year’s resolution ideas involve goals that are in synch with your true self.

Beer lovers of the world rejoice: drinking (responsibly) more Steam Whistle is a New Year’s resolution you can feel great about. Aside from the fact our brew just tastes incredible, it can also synch up with some of the most common goals.

Thanks to our sustainable practices, Steam Whistle is one of the most environmentally conscious beers you can drink. So, if you want to be kinder to your planet this year, drinking a frosty Steam Whistle is a good place to start.

OK, we’re not a ‘light’ beer, but coming in at 160 calories per bottle, we’re one of the lower calorie premium beers available. Guiness, for example, comes in at 176 and Samuel Adams Boston Lager pours at 180 calories. A 20 calorie difference may not seem like a lot, but when you’re fighting the battle of the bulge, every calorie counts.

Our roots are deep in Canadian soil. We pride ourselves on doing what we do (and doing it well), for the people in this great nation.

Out of all the possible New Year’s resolutions you can make that will likely fail, drinking a little more Steam Whistle is one that you can feel good about that will stick. So…you know — think about it. Happy New Years, from all us Good Beer Folk!